Understanding Payroll in Russia: What Global Companies Need to Know About Russia Payroll 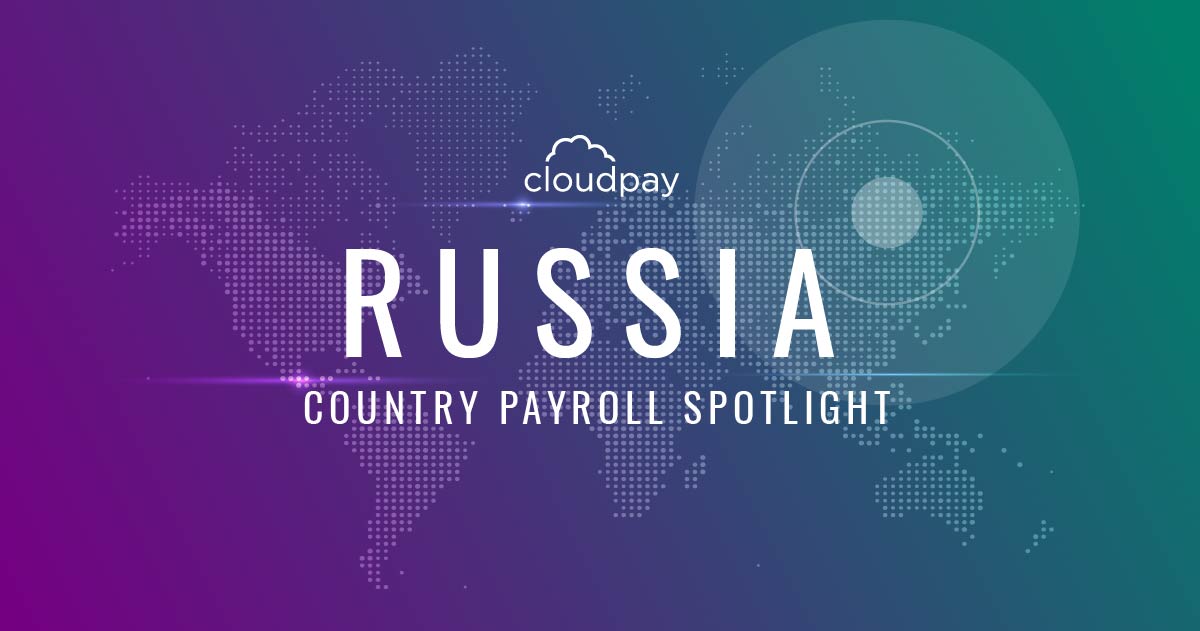 Russia is the home of the 11th largest economy in the world, rising to sixth when purchasing power parity is taken into consideration. Its population of around 145 million people have largely prospered since the fall of communism three decades ago, and Russia as a country has enjoyed a period of relative economic stability.

Russia’s size - both economic and physical - makes it a high-priority target for many businesses looking for international expansion opportunities. However, it remains a controversial choice in some ways due to Russia’s fluctuating political relations with a number of other leading economies.

Getting up and running in Russia can be difficult because of a complex web of rules and regulations, some of which are relics from the days of the Soviet Union, that govern employment, payroll and tax. However, it is by no means impossible and the opportunities on offer make it all worthwhile for businesses who get it right. This guide covers the basics around payroll in Russia:

The most common way for incoming international businesses to set up in Russia is to establish a limited-liability company. This process is relatively straightforward, including:

This process normally takes 4-6 weeks in total, and after this, registrations should then be made with the Pension Fund, Social Insurance Fund and the Statistics Fund.

Probationary periods are generally set at a maximum of three months for most employees, and six months for executives. To recruit from overseas, Russian employers must be registered with the Ministry of Ethnic and Migration Policy and Federal Migration Service. Visas and work permits must be secured for employees, sponsored by an incorporated entity, and have a typical processing time of four to six weeks. These requirements do not apply to employees from most Commonwealth of Independent States (CIS) countries.

Legal protection for Russian and foreign workers alike is strong, and although labor legislation changes regularly, maintaining compliance through employment agreements, termination policies and salary guidelines is important in order to avoid fines and legal disputes. For example, all Russian employment contracts must run for infinite periods, and fixed-term contracts are only allowed in a limited range of specific circumstances.

The standard working week in Russia is 40 hours spread over five days. Overtime is limited to a maximum of 120 hours per year, and is paid at 150% of the hourly rate for the first two hours worked on any given day, and 200% for any time on top of that.

Only upon specific grounds specified in Article 81 of the Labor Code may the employer terminate an employment agreement. New legislation regarding severance came into effect in August 2020, whereby terminated employees are entitled to a second month of severance pay if they have failed to find a new job, and a third month of severance pay with the agreement of the Employment Service. However, it is common for Russian employers to avoid potential labor-law violations by negotiating a settlement amount usually from two to three months’ salary for regular employees and up to six months for senior executives.

Income tax is withheld by the employer at a flat rate of 13%. Non-residents are taxed at 30% on all their Russian-sourced income, but can take the residency test in order to qualify for the standard resident rate once they have lived in Russia for six months. There are a number of exemptions where certain earnings are not subject to income tax, like maternity and social security payments, and insurance and pension contributions. Business expenses are also exempt, but the rules for supporting documents are so detailed and cumbersome that some companies prefer to be taxed instead of doing the paperwork. The corporate tax rate is 20%.

Employees do not have to make social security contributions from their own earnings; employers make contributions of around 30% of employee salary, covering pensions, social insurance and medical insurance.

After six months of service, employees in Russia are entitled to 28 calendar days of vacation each year, half of which must be taken in a single two-week block. Any employees that have more than the standard 28 days of vacation within their employment contracts are entitled to cash compensation for any of the extra holiday time that isn’t used. Workers are also paid for all public holidays, including the New Year and Orthodox Christmas holidays that normally take up all of the first week of January.

Paid maternity leave entitlement is 20 weeks, ten weeks either side of the birth. This can be increased by a further 54 days in the event of complications or of multiple births. Russia has no legal provision for paternity leave. Sick leave pay is variable, depending on a complex range of factors, but is always a minimum of 60% of salary.

Staying on the right side of employment law in Russia can be hard work, because the rules are complex and are subject to frequent change. This can place a major burden on admin staff at a time when they have enough to deal with in helping a company’s Russian operation get established. This is why a global payroll managed services provider can be a huge asset in making sense of all the regulations and ensuring seamless compliance right from the start.