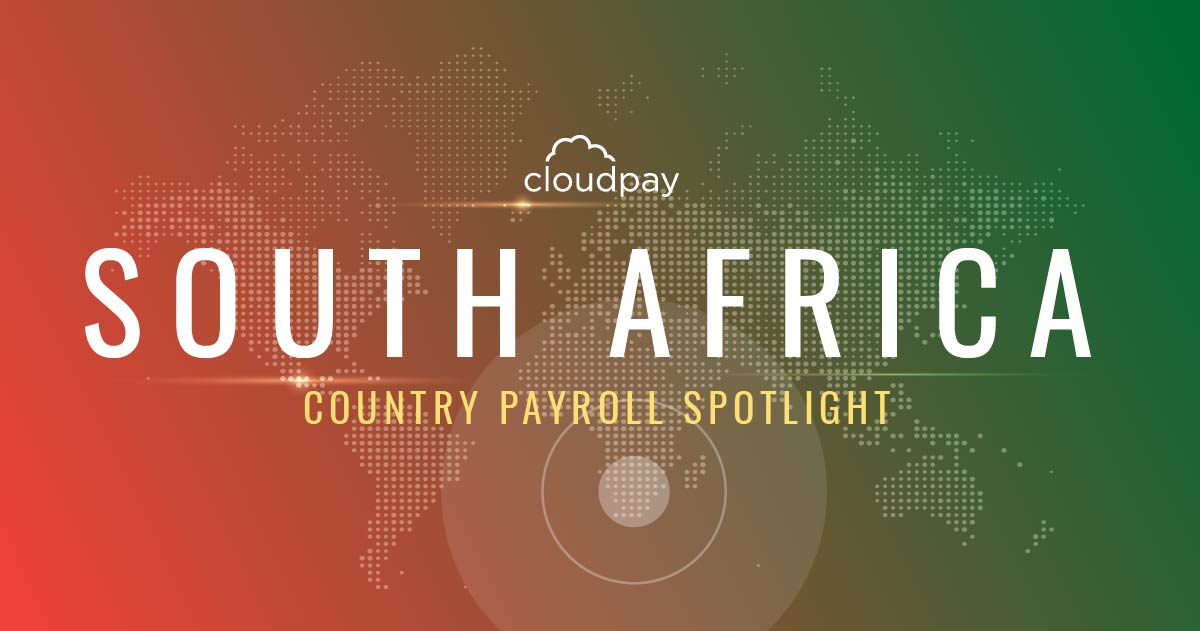 At the continental tip where the Atlantic and Indian Oceans meet, South Africa is the home of Africa’s second-biggest economy and around 58 million people. The ‘Rainbow Nation’ represents an excellent starting point for multinational businesses wishing to expand into wider African trade.

The South African economy has come on in leaps and bounds since the end of the apartheid era in the early 1990s. However, its growth reached a peak in 2011 and national output has been turbulent since. Nonetheless, its annual GDP of $350 billion for 2019 puts South Africa second among African economies, behind only Nigeria, whose population is more than triple the size.

Businesses looking at entering the South African market could benefit from high demand for jobs: the national unemployment rate passed 30% at the start of 2020. However, a relatively unstable political landscape can make running payroll in South Africa tricky for incoming organizations. Here are the basics behind getting started in South Africa:

South Africa has relatively few restrictions on foreign businesses opening companies or branches. However, before starting the process, it’s important to check the status of the tax treaty (if there is one) between South Africa and the company’s original country, to ensure that profits made in South Africa don’t end up being taxed twice.

The most common type of business formed is a Pty Ltd, which has no restrictions on shareholders and can be entirely foreign-owned despite being a separate legal entity. Companies should first reserve a name and file a Notice of Incorporation with the Companies and Intellectual Property Commission (CIPC). After this, companies should then register with the South African Revenue Service (SARS) for Pay As You Earn (PAYE) and Standard Income Tax on Employees (SITE). Collectively, this process is a lengthy affair and can take several months.

Opening an in-country bank account is a legal requirement, but it does not necessarily have to be used for making payments.

All employees must be registered with the Department of Labor. South African labor legislation ensures employees (including foreign nationals) are treated fairly by their employers; it details policies on compensation as well as employees’ rights, working conditions, health and safety, discrimination, unemployment, and termination.

There is no set limit around probationary periods in South Africa, although the agreed term should be explicitly set out in the contract of employment. Companies looking at bringing in foreign labor should also note that the South African government is currently introducing quotas on migrant workers that vary between different industries.

The maximum working week in South Africa is 45 hours a week. The daily maximum is nine hours for those who work five-day weeks, and eight hours for those working six-day weeks. Overtime can only be worked with the agreement of the employee, is limited to three hours a day or ten hours a week, and is paid with a 50% premium. Work on public holidays and Sundays similarly requires employee consent and is paid with a 100% premium.

Lower rates apply to farm workers, domestic workers, and those employed on public works programs. Employees must be paid within seven days of the end of a particular period of earning.

Employees are entitled to severance pay if their employment is terminated for operational reasons (i.e. redundancy), at a rate of one week’s salary per year of service.

Those earning less than ZAR 83,100 per year are exempt from council tax; this exemption threshold is higher for workers over the age of 65. Foreign nationals are taxed on work provided or services rendered in South Africa, although tax treaties with other countries may provide certain levels of tax relief.

Social security in South Africa is overseen by the South African Social Security Agency (SASSA). There are no specific social security payments as such, although both employees and employers must each contribute 1% of gross salary to the Unemployment Insurance Fund (UIF). Every time they are paid, employees must be issued a payslip containing details of their remuneration and any deductions.Foreign nationals are exempt from UIF contributions.

Employee contributions in other areas such as healthcare are not compulsory. South Africa runs an insurance-based system for private healthcare, while public healthcare requires up-front payment, although it is part-subsidized.

Employees are entitled to a minimum of a three-week block of leave (15 working days) in each 12-month period. Some employers offer an alternative accrual-based paid leave scheme in which employees earn leave at an hourly or daily rate according to a 1:17 ratio, i.e. one day of leave per 17 days worked. Employees should also be paid for the 12 days of national holiday that South Africa observes each year.

Maternity leave entitlement is a minimum of four consecutive months, although some employers voluntarily offer more than this. Additionally, new parental leave laws were introduced in January 2020 that entitle all new parents not giving birth to ten days’ unpaid leave.

Employees can receive a maximum of six weeks of sick pay, covered by the employer, over a three-year period - this means 30 days’ pay for those working five-day weeks, and 36 days’ pay for those on six-day weeks. This full entitlement only applies to workers with at least six months of service.

While the opportunities for business success in South Africa are significant, it does pose some challenges to incoming companies around employment law, as well as cultural considerations. It can be especially tricky for companies not used to operating in Africa or other developing economies.

To start off on the front foot, it’s therefore advisable to team up with a global payroll partner that can provide up-to-date local expertise, and who can easily assimilate your new South African operation into your wider international payroll system.