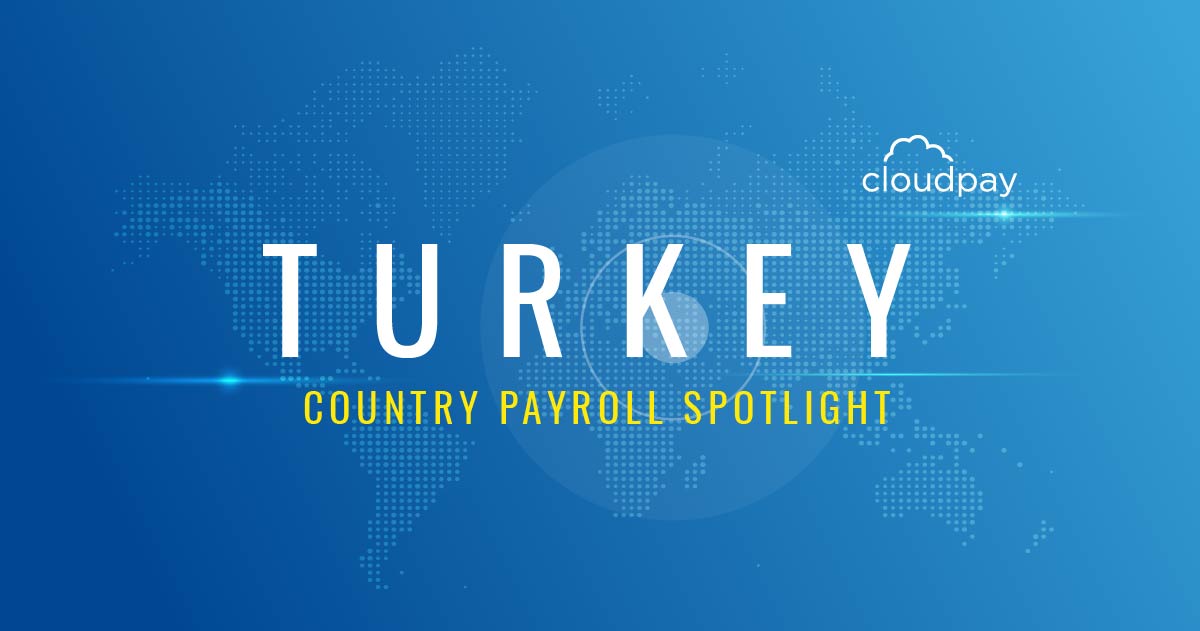 Bridging Europe and Asia, Turkey has emerged as a major player on the global business stage in recent decades. Despite some political unrest, the country has enjoyed sizable growth in the first two decades of the 21st century, underpinned principally by manufacturing, agriculture and tourism. This has helped its annual GDP grow fourfold since the turn of the millennium.

With strong economic links all over the globe and a population of around 85 million, it’s no surprise that Turkey is a popular choice for international businesses exploring expansion. Its relatively straightforward tax system and payment structure mean there are no major skeletons in the closet from a payroll perspective, either. To learn more about the basic principles of running payroll in Turkey, read on through our guide.

The key online platform to use when setting up a business in Turkey is MERSIS, which is the central registry number system. It’s here where articles of association and memorandum (once notarized) should be submitted, and also where a tax number can be obtained.

Before doing so, a name for the business must be chosen and registered, and a corporate bank account be opened. Minimum share capital is 10,000 Turkish lira (approximately £1000; $1350; €1150) for a limited liability company and TRY 50,000 (approx. £5000; $6750; €5750) for a joint-stock company. At least 25% of the share capital must be placed in the state-owned bank, Halk Bankasi, and at least another 25% with another Turkish bank. After this, tax and social security registration can be completed.

The whole process, including the opening of a bank account, is relatively straightforward and inexpensive. From start to finish, it should take 2-3 weeks.

Contracts are required in writing for employment that will last for one year or more. Contracts need to state the terms of employment, including the duration of employee services. Probationary periods are allowed but cannot last longer than two months (extendable to four months by collective bargaining). Foreign workers must present a work permit obtained by the local authorities, unless the company has arranged for an exception.

Collective bargaining is allowed in Turkey, but stringent requirements mean it's unlikely employers will deal with an official union. Employers should instead take the initiative to ensure that their employees’ needs are satisfied at the time of hiring.

Maximum working hours are 11 hours per day and 45 per week, although working hours tend to be distributed evenly across working days. Overtime is limited to 270 hours per year, and is paid at a minimum of 125% of the normal rate. Alternatively, workers can take off 1.25 hours in lieu for every hour of overtime worked.

Turkey’s minimum wage has risen dramatically in recent years. As of January 2021, the rate is TRY 2826 per month (approx. £280; $385; €325), which is more than double the rate from early 2015. Employers should be aware that further rises are likely in the future, and that the rate is reviewed every six months, with new rates introduced on January 1 and July 1 each year. Pay-cycles are determined by employers, and pay slips can be electronic statements. Employees are entitled to rest breaks, the length of which is determined by the number of working hours.

There are no legal restrictions around the awarding of bonuses in Turkey. Notice periods are two weeks for employees with less than six months’ service, increasing to four weeks with six months’ service, six weeks after 18 months’ service and eight weeks after three years’ service. Severance pay is one month per year of employment, although a maximum cap on the monthly salary calculation applies. As with the minimum wage, this cap frequently changes.

Income tax in Turkey is levied on a progressive scale. As of 2021, the five bandings are as follows:

Fully paid maternity leave entitlement is 16 weeks: eight before the birth and eight after it. Paid paternity leave entitlement is five days. Sick pay is generally paid by the state rather than by employers, although many employers pay employees throughout the period of absence and then claim the money back through the social security authorities. If an employee has been absent through illness or injury for the length of their notice period plus six weeks, an employer has the right to terminate their contract.

Turkey’s excellent growth and geographically advantageous position make it a prime candidate for international expansion. But it should be borne in mind that it is a diverse and dynamic country, with its own way of doing things regarding business operations and payroll. That’s why a global payroll partner with Turkey-specific expertise can help you fulfill your responsibilities and remain compliant with all relevant rules and regulations.